"I saw what I thought was a person walking along the ridge top, when the creature emerged from the shadows I was astounded by the size, as I focused I noticed it had white hair, with a faint blonde tint, conical head and massive shoulder width, in fact the muscularity overall was unbelievable, it passed through a clearing and proceeded north along the ridge, never taking notice of anything going on below, the height was well over 8or 9ft. I have more details but am trying to be brief."

I spoke to the witness by phone on 10-24-15. The witness is 53 years old and he and his brother were outside watching hawks and airplanes in the sky. This occurrence happened April 1, 2015 at 1pm. Witness says this was the first really nice day of the year. Temperature was in the 70's. As they were watching the hawks and planes up above the ridge. Note: they were down in a holler. The witness saw a figure walking up on the ridge. The first 50 ft or so it was walking in the shade. The witness thought it was a person looking for their dogs. When it came out into the sun light, the witness says it was hard to explain, but it was like he was zoomed into this figure. Almost like he had binoculars on. He could so much detail. The hair color was like a blondish white color (platinum blond). Had hair all over his body and was maybe 2 to 3" long. The hair on its shoulders had a reddish tint on the tips. He saw lots of muscle definition. He said it had massive legs, thighs were like tree trunks, and had a conical shaped head. He estimates it to be 9ft or taller. He kept saying that it was ripped like a body builder. He says this thing had to be in its prime.

He estimates it was 100-150 yards away on the ridge. He never saw the front of this figure. He did not notice any ears. He thought the arms were a little bit longer than humans and were swaying back and forth. He said it was walking at a good pace, like it was on a mission, focused and going from point A to point B. It never turned its head, was always looking straight ahead. He estimates he saw it for about 30 yards while in the sunlight and then disappeared into the trees. While watching the figure in the shade, when he thought it was a person, he was telling his brother to look and his brother (only one with actual binoculars) was trying to find it with his binoculars. The brother never could find it in his binoculars and never saw it. The witness explains that when it walked out into sunlight, he could not talk anymore and started shaking. He cannot explain why he was able to zoom into this creature so well. No explanation. It was a surreal moment. Witness has only told a few people about his encounter, due to being ridiculed. He believes he saw a bigfoot that day. He was a skeptic before this incident but open-minded. I believe this witness to be credible and truthful about his encounter. He would like for us to come out and investigate. 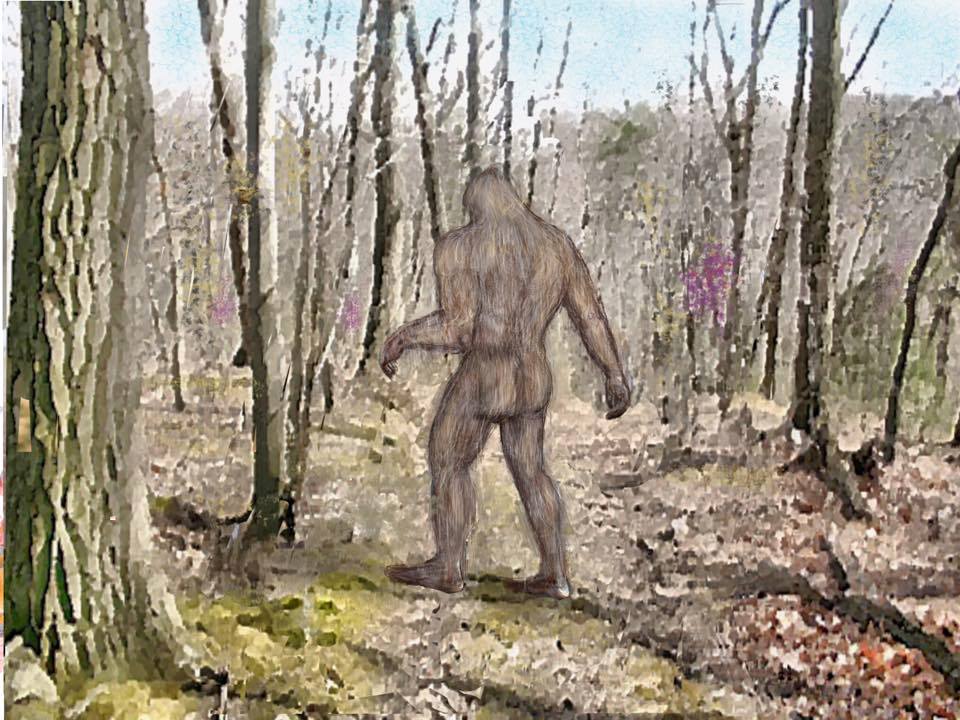