We received a call on Nov 6th regarding the encounters and arranged an investigation at the family’s residence on Nov 8th. Upon arriving at the home we were enthusiastically greeted on the porch by husband and wife, Wayne and Debbie. They were eager to walk us to the locations on the property where the sightings took place! The first spot they showed us was a huge bedding area next to their pond. We searched for hair and even smelled the grass for an odor, but neither was noticed. Then we searched for footprints at the sighting locations, took photos and height measurements. Many persimmon trees and a soy bean field could provide a nice food source—the fruit and beans were still plentiful.

November 2, 2014: Debbie and Bessie were sitting on their back porch at 6:45am when Bessie sees a large branch in the tree line get pulled down, then release back up. See notices a tall, blonde-colored figure, with wide shoulders and no neck, standing on two legs under the branch. She tells her daughter-in-law Debbie, “There’s someone out there!” Debbie walks out of the screen door and off the porch to get a better view and she sees it as well. The creature immediately turned around and ran back into the woods. Debbie explained, “I've never in my life seen something move so fast!” Besides the speed, the most significant feature which stuck out in Debbie’s mind was the fur around the face. “It looked like wind-blown, long fur,” said Debbie. She also said the skin on its face looked, “Chalky, light grey when it turned and the sun hit it”. It was too far away and such a quick view, neither witness could recall further details of its face. They both agreed the shoulders were at least 3-4 foot wide and “rounded on the ends, like a bodybuilder.”

November 4, 2014: Bill was sitting on the back porch around 7:30pm and sees a dark, hairy figure walk across the back of the property eating something out of its hand. One hand was cupped, up by its chest, while it picked items out of it with the other hand, placing items into its mouth. Bill only saw a glimpse of it due to the trees. There is a security light on a pole in the backyard. This creature was definitely much darker in color (almost black), opposite the creature seen two days prior. The family’s dogs which stay in a large, fenced-in pen, moved to far side on the enclosure.

November 6, 2014: Just before dusk, Wayne was sitting on the back porch and catches a glimpse of a tall, hairy, black figure standing behind a trailer in the backyard. “It was at least 3 foot taller than the trailer…I only saw it for few seconds,” explained Wayne. The land slopes down into the woods so it was hard to estimate the exact height of the creature. It was most likely walking directly away from Wayne, as it disappeared from view.

Additional Information: On two occasions, the neighbor’s donkey could be heard “wailing away” minutes before the sightings. Tree knocks and odd howls are heard frequently. We did not venture too far into the woods due to it being the opening day of gun season. 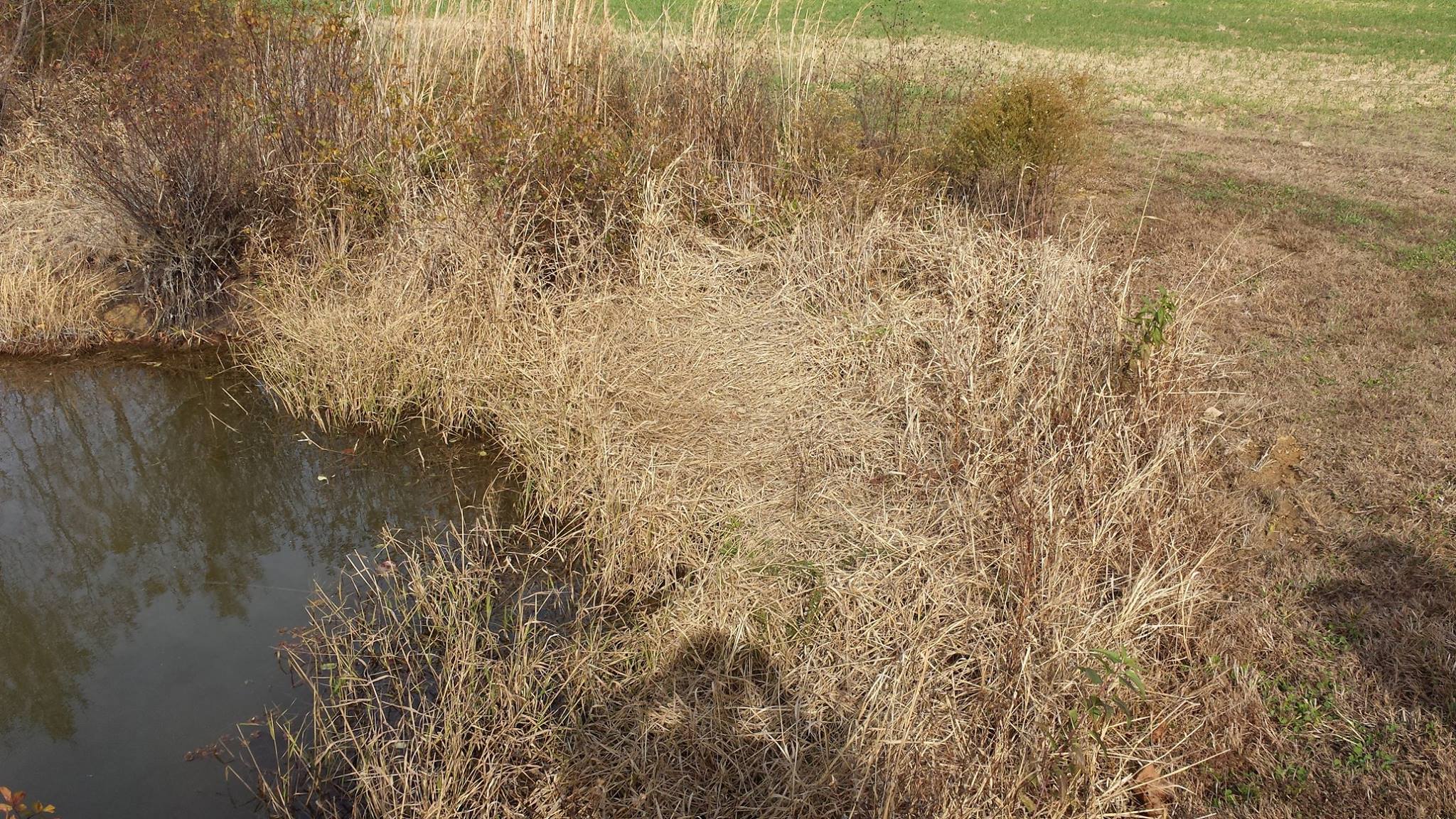 This is a pond near the home. "Something" was bedding here. 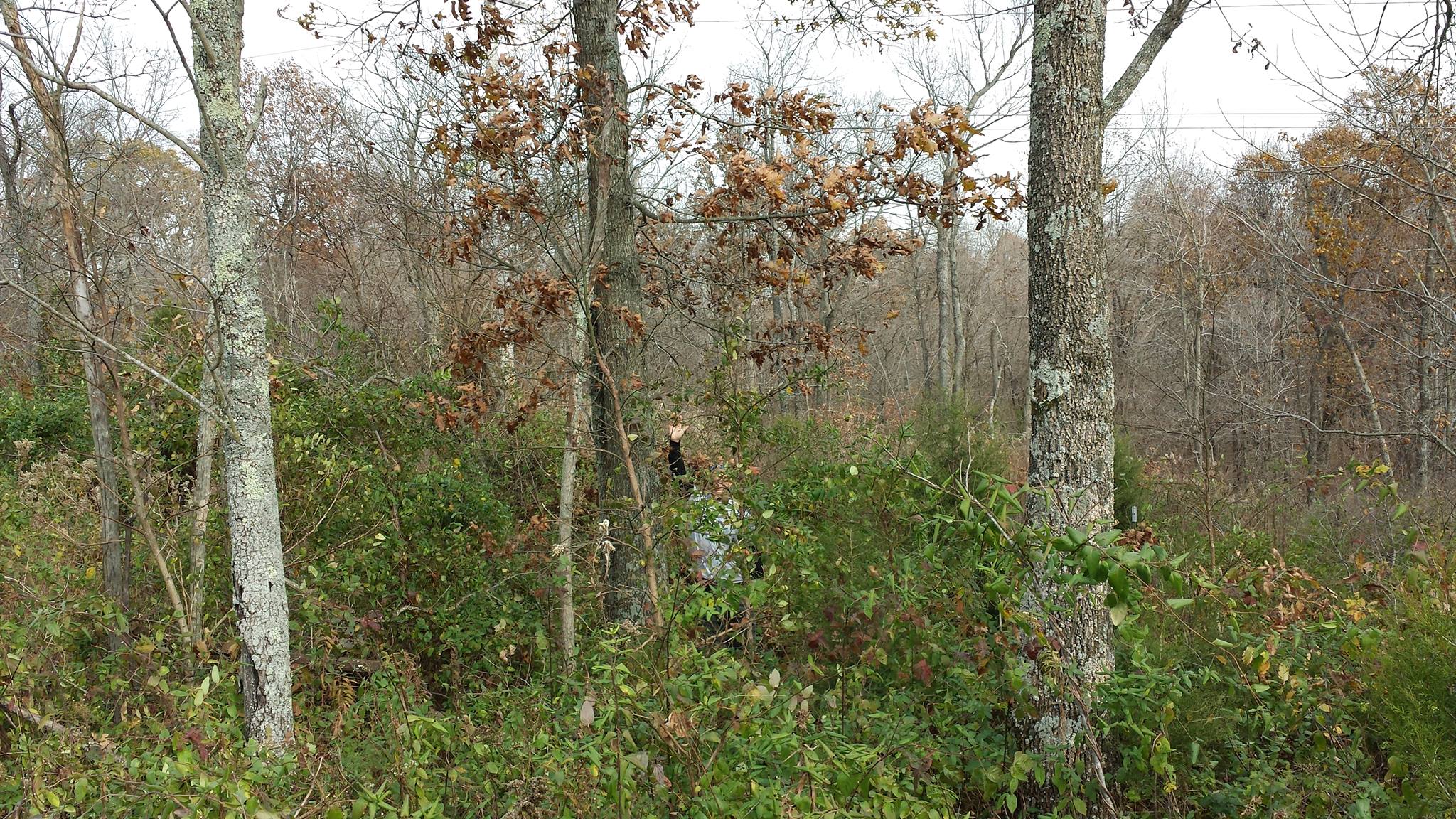 Look really hard and you can see Travis. He demonstrated where Debbie and Bessie noticed the creature
pull down the branch. It's the large branch with brown leaves directly above Travis's hand. Travis is 5' 11" tall.
Due to the long arms of a Sasquatch, its height could range anywhere from 7-9 foot. 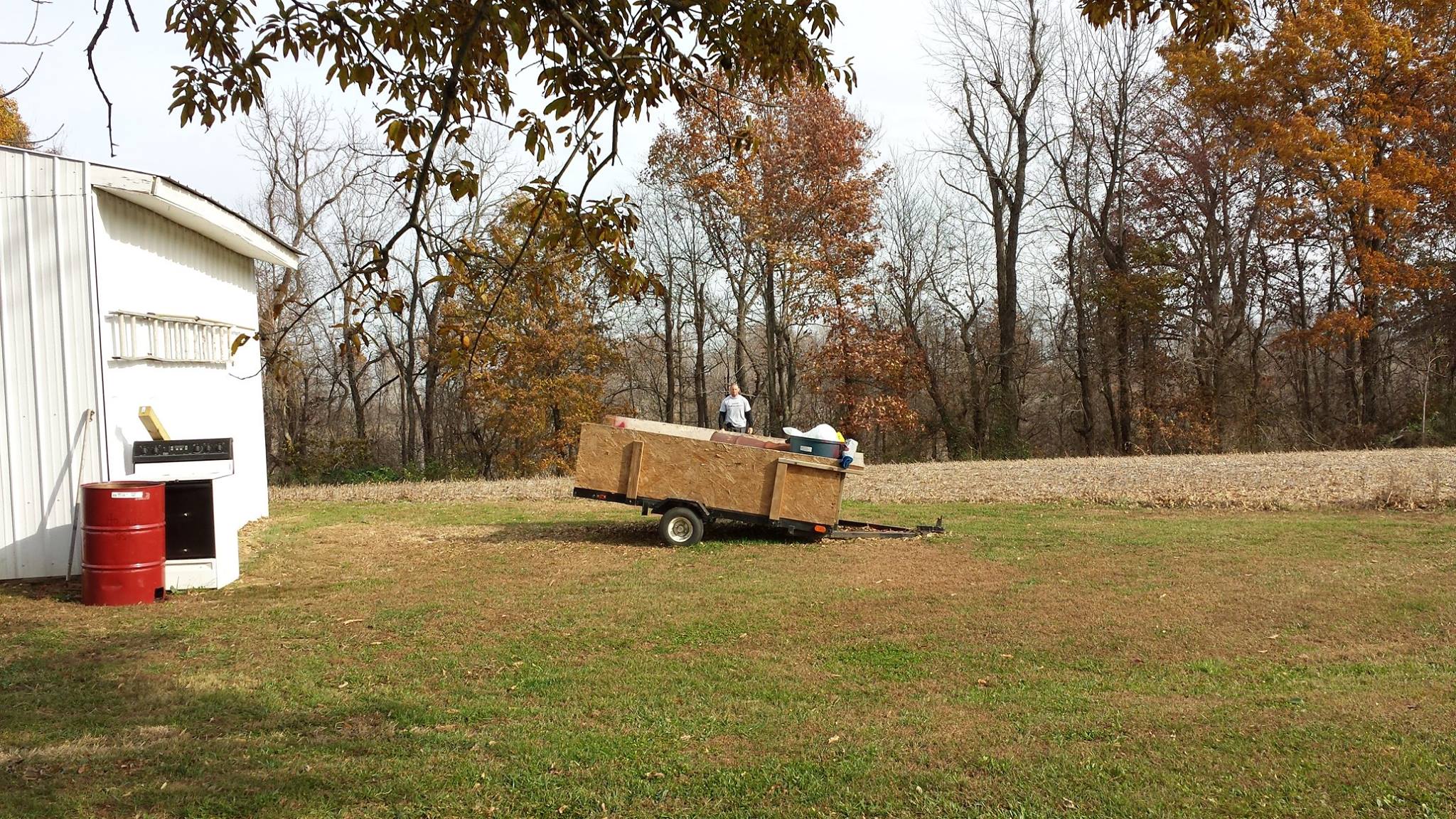 Travis stands approximately where Wayne saw it standing. The land slopes down and away towards the treeline
so it's hard to tell the height. 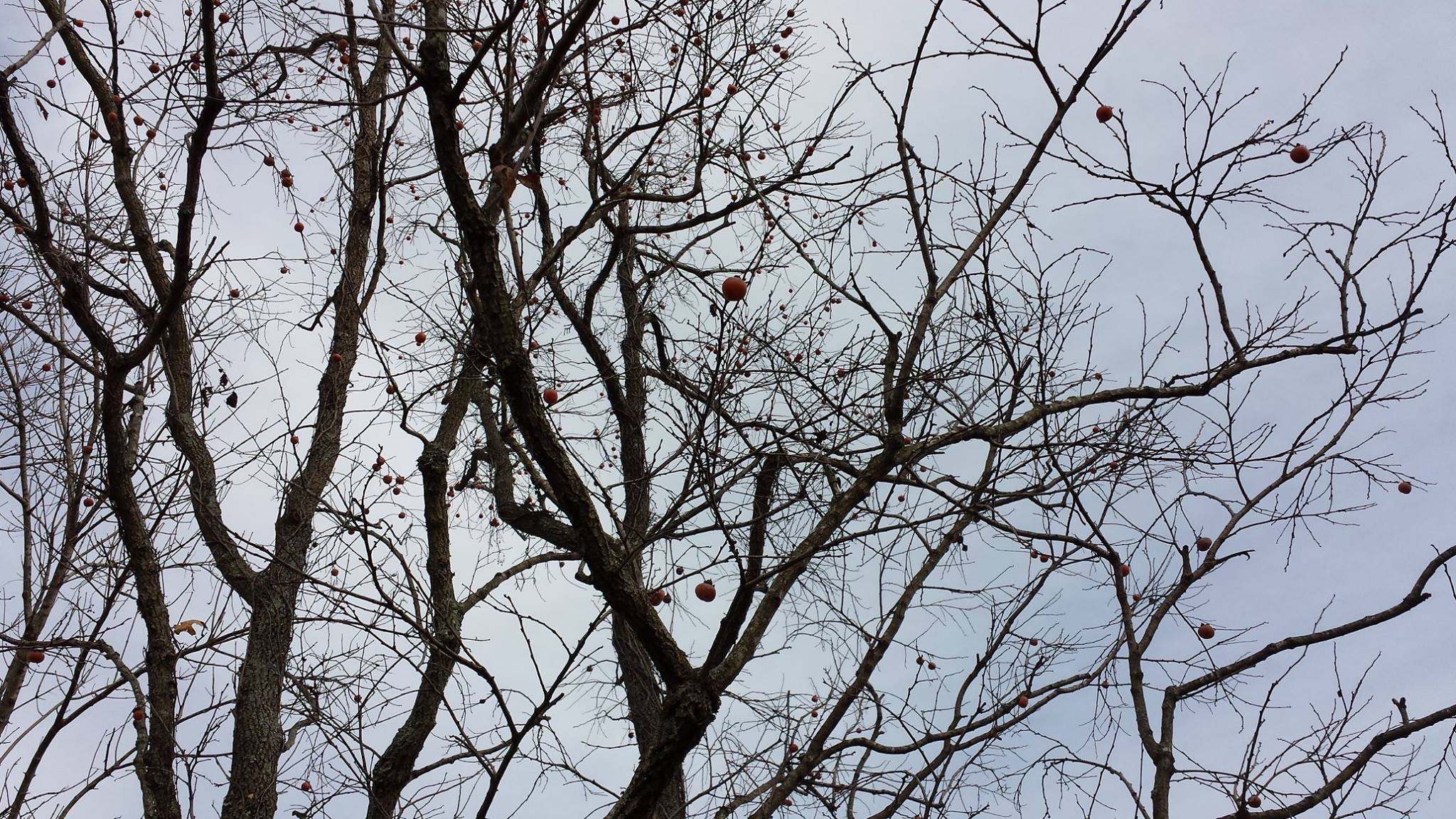 Multiple persimmon trees at the sighting location still beared fruit. Persimmon is a possible food source of
bigfoots. In "gifting" scenarios, persimmon is often left by bigfoots after receiving a gift left by the homeowner. 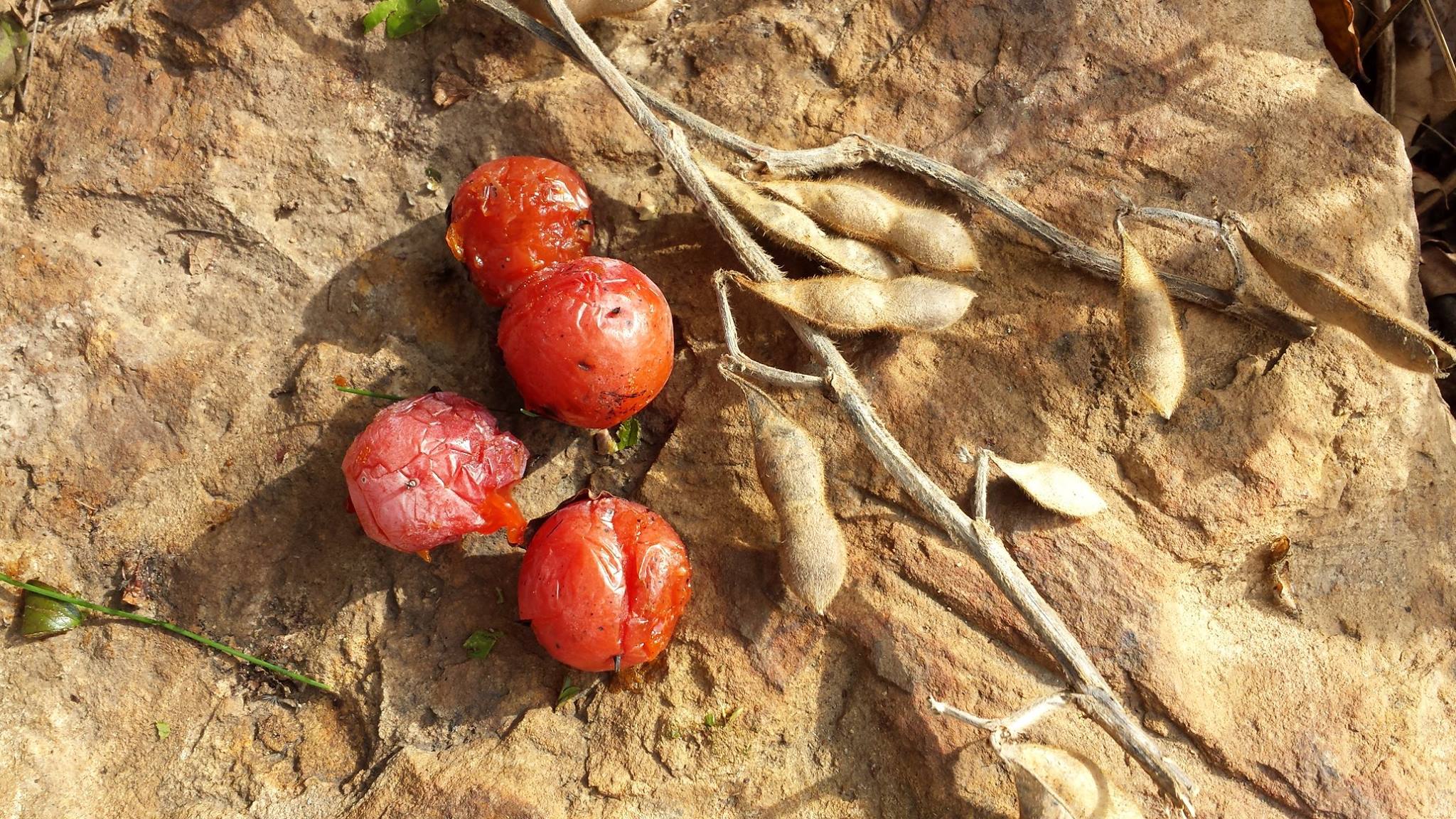 Plenty of bigfoot snacks in the area: persimmon and soy beans.

What city, or nearest city? Cloverport

" Me and my son were driving down a country road around 11pm on 12/21/07. We had just turn around and were heading back toward the city when we both saw something out the passenger side door window. We both at the same time said what that was. I stopped the truck, backed up, and could see a large object about 80 yards from the truck. As we backed up the object continued to look at us. I stopped the truck and rolled down the window when i did i shined a flashlight at the object. It then slowly turned and walked into the woods. We went back to town and got a friend of mine and we went back out to the spot where we had seen the object. We walked down to the edge of the woods and all of a sudden, we heard this growl or roar. As we stood frozen, we head it walking deeper into the woods."

"It appeared to be 6 1/2' to 7' tall. Appeared to have fur covering the entire body. it was walking upright and walked away from us. it did not appear to be in any hurry."

Estimated date? about 15 yrs ago

What city, or nearest city? Cloverport

Please describe your encounter: My Dad told this story to me when me and my first wife came for a visit from Oregon, Him and his common law wife at that time were living in a trailer up on the old M&L Landfill Road right at the top of this steep hill. He had told me of this very strange sound he heard, a type of scream or something, but it raised the hair on the back of his neck so bad that he wouldn't go out of the trailer at night unless he could see very well, I can't really remember if he had a dog at that time or not but he said that there was alot of strange things going on out there. He had also said that there was this awful type of smell kinda like old dead dog, rodent, whatever type of smell but it was very stinky. I don't know how much truth is into this or not, but I have walked the M&L Landfill Road before and to me it wasn't much fun, is like someone or something is watch you, My Dad is gone now, he died last year of cancer (3-27-05 ) but I know that he wasn't into telling lies.